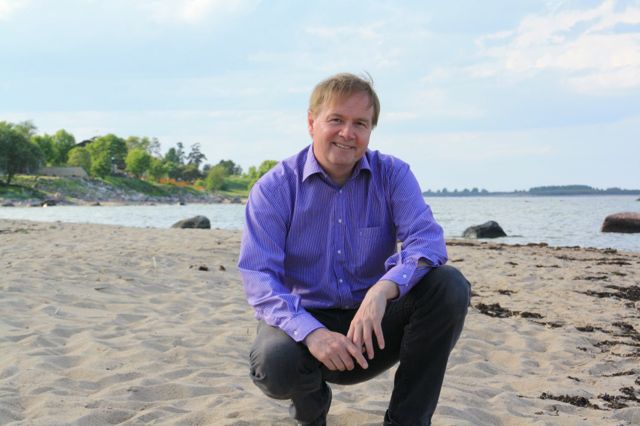 I was born on December 16, 1957. I grew up in a mid-sized town, named Horsens, which is located in Denmark. My parents were working class people, as were most of my family members. I was the first person in my family to attend the Gymnasium (the Danish equivalent of High School). I was also the first person to get a higher education, as I completed my degree as an architect in 1987.

Denmark is not a particularly religious country, although it has a Lutheran state church. My family is not religious at all, so I had a rather minimal exposure to Christianity. Despite this, I was always a spiritual person. As a young child I had the sense that there was a spiritual Presence that was always with me. I didn’t see this as God or a “magic helper,” but simply felt it as a Presence that gave me a clear sense, that there was a spiritual world beyond the material and that there was much more to understand about life than what I was being taught. Today, I realize this was my I AM Presence.

Despite my longing to understand, I found no outer sources of spiritual knowledge until I moved away from home at the age of 18. I attended college in another town, and here I found the book “Autobiography of a Yogi” by Paramahansa Yogananda. This book was an outer confirmation of what I had always sensed inside, namely that there is a spiritual side to life.

The book also confirmed what I had always sensed but could never formulate, namely that there is a way out of the human condition that causes things like the Inquisition or the Holocaust. The way out is to follow a systematic path that leads to a higher state of consciousness, whereby we transcend the human ego and its selfishness and blindness.

The book also confirmed that for thousands of years, people (at least in the East) have been following a systematic procedure for raising their consciousness. I instantly realized that the raising of consciousness is my life’s highest goal on a personal level. It is also the only realistic hope for improving world conditions, and I always had a strong desire to make a contribution to improving the world.

There was no local chapter of Yogananda’s organization, but instead I met some people in college who were involved with Transcendental Meditation. I learned the TM technique and for a while I felt I got some benefits from meditation. I even attended a 4-month teacher training course in Switzerland, although I never went on to become a TM teacher.

After a couple of years, I decided to leave the TM organization, mainly because I did not agree with a new leadership style. For the next couple of years I was in a spiritual vacuum, as I had no specific teaching to study. I did read a variety of books, and the “Life and Teachings of the Masters of the Far East” made the greatest impression on me. The books introduced me to the concept (hinted at in Yogananda’s book) that we can have spiritual beings who serve as our teachers. This seemed like an obvious truth to me.

I then heard about the concept of ascended masters, who are spiritual teachers living in a higher realm. They are called “ascended” because many of them have been in embodiment on earth and have completed the process of raising their consciousness until they transcended the “human condition” and could ascend to the spiritual realm. I intuitively knew the masters are real, and I realized our best hope for transcending the human condition is to learn from teachers who have already gone through this process.

I also heard about an organization which claimed that it was sponsored by the ascended masters and had a messenger who was bringing forth teachings directly from the masters through dictations. While I had no problem with the idea itself, I was at first hesitant to join another spiritual organization, as my experience with TM had shown me some inherent problems with spiritual organizations. Yet eventually I did join (in 1984) and remained a member of the Summit Lighthouse until 1999.

In 1987 I moved to the headquarters of the Summit Lighthouse, which was in Montana in the United States. I did this in order to pursue my spiritual growth and because I felt it was part of my mission or divine plan. I lived in Montana for 10 years, being actively involved with the Summit organization. I had various jobs, including construction worker, assembly worker, salesman and painter (I could not use my degree as an architect in the United States). I felt the time was an amazing growth period, and I truly learned a lot from my varied experiences (described in my book).

Yet after 10 years, the Summit organization went through a major change. Its spiritual leader, Elizabeth Clare Prophet, retired due to illness, and a new leadership took over. I felt I was done with the Summit, and I moved to Utah. There, I had a couple of jobs as a technical writer, given that I had taught myself computer skills and also improved my proficiency with the English language (making it my primary language).

After a couple of years, I went through a major inner change. After feeling frustrated that I was not making a difference in the world, I eventually ended up having a vision that my frustration was caused by a ego-based desire to do something important. As I worked on this, I eventually came to see how unreal it was, and in a dramatic experience, I felt I surrendered all human desires and ambitions. I literally said: “God, you can bring me home right now!” And I truly felt that if I had left embodiment at that moment, I would have had no regrets and no sense of unfulfilled business on earth.

After this total surrender, I felt that the Presence of the ascended master Jesus approached me. He said: “If you have nothing more you want to do on this planet, would you be willing to do something for me?” I spontaneously said “Yes,” and in the coming time, Jesus worked with me and gave me the vision that he wanted me to do a website, where people could ask him questions and I would get the answers through a process of direct revelation (what many people call channeling). The purpose was to help modern people discover the true, inner teachings of Jesus. This became www.askrealjesus.com, and it has since grown to contain a huge amount of spiritual teachings.

I also started writing a number of books, some dictated by the masters and some written by me with the masters’ inspiration. Since 2003 I have been living on what has come in from book sales and donations from people who want to support my work for the ascended masters. This has allowed me to focus all of my attention on brining forth spiritual teachings; a privilege I could not have enjoyed if I had to work 40 hours a week in a regular job.

It truly is a privilege and a joy to do the work I am doing for the ascended masters. It has been a long journey to this point, and it has had many twists and turns. Yet although it has required me to adapt to many different circumstances, I completely agree with Master MORE’s saying: “The journey upwards is worth the inconvenience.” I hope you will find that the teachings and tools on this website will help you on your own journey.